Somewhere, somehow, all the unpredictability of life has started to escape me.

An article by The Verge clicked with some thoughts that were at the back of my mind. I enjoy technology, I like reading about it and playing with it, however when it comes to my day-to-day life, I don’t really want to see it. Sure, I’ll use it because it isn’t something that can be easily escaped and it’s damn convenient, but I don’t want to spend all day looking at it.

Not only is this quite plainly unhealthy, you miss what’s happening. If you’re doing something else such as eating whilst looking at a screen, chances are you’re not paying attention to that other thing – missing out on other experiences. For example, everyday on my commute back, I’m staring aimlessly into my laptop screen, reading articles like this one linked to The Verge, whilst not once have I looked outside of my train carriage window to see where I actually am, and what’s around me. That’s bad.

It used to be fairly easy to look away, outside of work you didn’t necessarily feel the need to use a computer, however now seeking the information and data that technology can provide is engrained into our lives and we have the ability to discover everything without even needing to move.

Apparently, we have now reached a stage so dependant on technology that we actually need to use it to help us get lost. People have actually made apps to take you somewhere unplanned. Here’s an idea that you can have for free, leave your tech at home and just go and explore somewhere.

These raw thoughts are edging on crux of The Verge’s article; that sometimes technology takes the fun out of life. Perhaps we should look around and enjoy the world around us instead of staring down into our phone screens. Perhaps, also, we should take a step back from technology and try and find things on our own. If we keep our eyes open and remove the technology that’s obscuring our view , who knows what else we may see? Where’s the fun in seeing the world through a screen when we can actually live and experience it?

If you have no surprises in your life, you’re doing it wrong | The Verge. 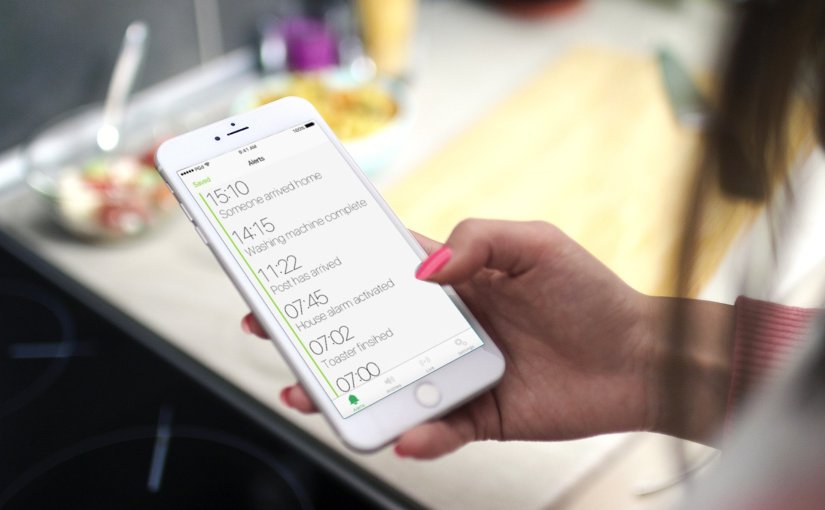 Not everything can be connected into the Internet of Things, or turned into a smart appliance. Listener is the conversion from analogue into digital. It hears and understands the real world so that you can be even more connected to it.

Listener bridges this gap by combining listening hardware with a concept app for the connected world, with the goal of bringing notifications to the things in life that aren’t digital. END_OF_DOCUMENT_TOKEN_TO_BE_REPLACED 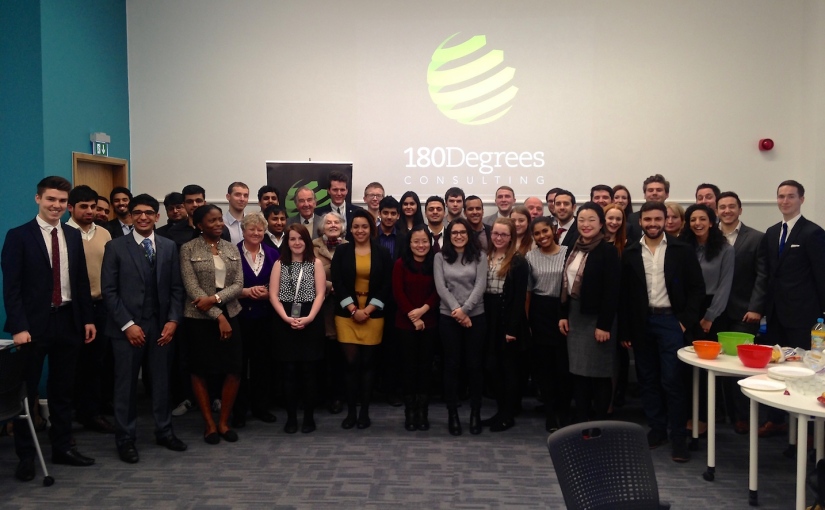 180 Degrees Consulting is a the world’s largest student led consultancy, operating in 62 branches across 28 countries, with the goal of improving the effectiveness of non-profits and social enterprises.

I was fortunate enough to have been President of the Birmingham branch of 180DC for the past 12 months.

The direct outcome of the work we undertook as an executive team led to substantial benefits for the organisations we worked with. It was so rewarding to see the teams present their recommendations to their clients, and to see the clients so engaged. In the first semester of the 2014 academic year we ran eight unique projects with over 40 consultants for clients, and each one couldn’t praise us enough.

Not only that, being President had its perks such as going to the European conference for 180 Degrees Consulting branch leaders in Berlin. This really helped open my eyes to the potential each branch has, and how we can be successful at driving the social impact of non-profit organisations.

Some of projects we took on included forming a strategy to overcome negative PR for an international charity, form partnerships for several local animal welfare organisations and establish a sustainable method of funding for a charity based in Birmingham that set up a bakery in Ifakara, Africa that provides free bread to the town.

I found it both hard work but also exhilarating to coordinate a whole executive team, and ensure that both consultants and clients are happy, but I’ve learnt so much about how to keep track of teams, how to deal with issues and ultimately that I can successfully drive an organisation to growth. It was a role that required a constant awareness and coordination of the ‘entire picture’, ensuring that all pieces of marketing, events planning, consultants and projects all came together at the right moment, but the satisfaction of pulling off an event that leaves clients so pleased they want to make a speech, students proud to share and discuss their work and that brings an entire team together is hugely fulfilling. 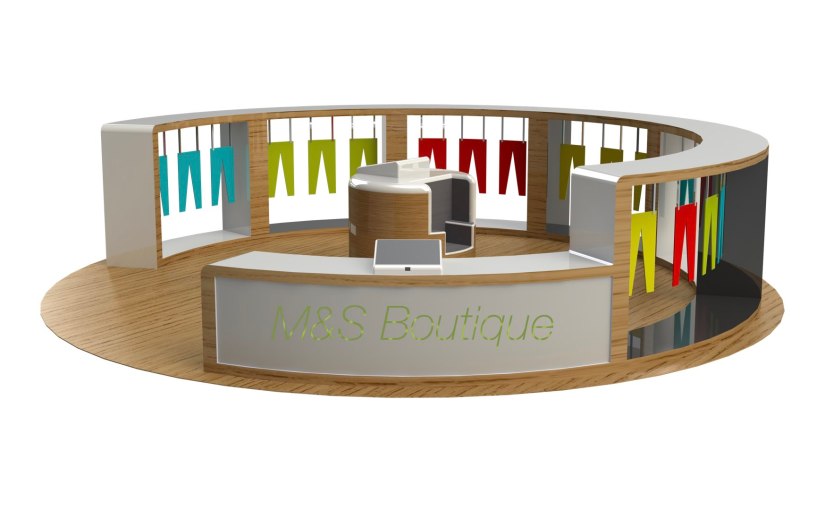 M&S Boutique differentiates the brand from its competitors by offering a unique retail experience, leading to better discovery of products where each boutique stall showcases a product category and delivers a connected, personalised shopping experience END_OF_DOCUMENT_TOKEN_TO_BE_REPLACED

I’ve been learning some of the fundamentals to FEA (Finite Element Analysis) and CFD (Computational Fluid Dynamics) within SolidWorks. I’ve been trying it out on a few designs that really illustrate what these tools can be used for.

A fascinating piece of investigative journalism that is deeply insightful, exploring how Disney realised they needed to reinvent their Parks business, and just how they made the ‘Next Generation Experience’ happen.

It shows the challenges, obstacles and pitfalls of trying to bring such a drastic change to Disney, but also why change is necessary for companies to survive.

Well worth a read.

Flawed. But still quite nice.

Apple’s grand vision for the Apple Watch, the reason why they think you need one is because they want to save you from the distraction that is your phone. The watch also makes your life easier by putting notifications on your wrist, allowing for you to interact with them or dismiss them, meaning you don’t have to pull your phone out of your pocket, saving you time.

It’s a great idea, if it worked. 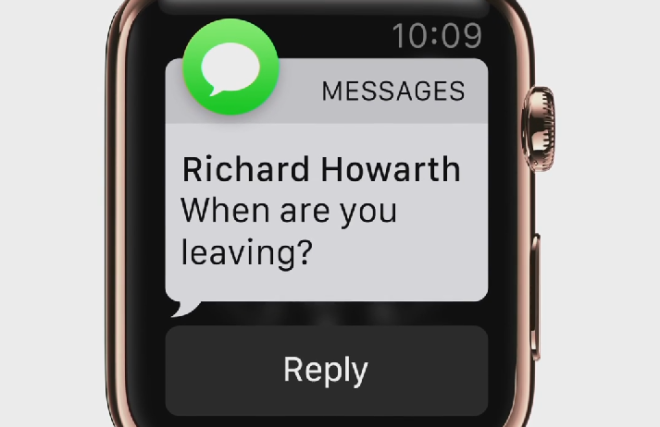 Firstly addressing the goal of saving you from the distraction of your phone; real life testing by multiple review sites like The Verge and Wired showed that having notifications on your wrist proved even more distracting. At least with your phone, it stays in your pocket, relatively easy to ignore if you wanted to, but the watch, it’s on your wrist – there’s no ignoring a vibration from the Taptic Engine, or the notification tone, and its even easier to sneak a glance to check the notification out.

Secondly, it should make your life easier. So, that means it has to be quicker then the iPhone at performing some tasks, right? In theory yes, and with Apple’s own apps, that rings true. It does appear to be easy to ping off a quick reply to a text, listen to music, view navigation, but with third party apps it gets trickier. Apple hasn’t yet released the full Apple Watch SDK, meaning that apps running on the watch aren’t native; they are running on your iPhone and being sent over a wireless connection to the watch. This results in plenty of waiting to open apps and even view glances as you wait to retrieve data from the phone – so much so that it would be quicker to perform that task on your phone. Current apps are also limited to the kinds of interactions that they can use; tapping or ForceTouching the screen, or using the physical controls on the device. Swiping and animations within apps are not yet supported – both of which contribute significantly to the user experience.

So to reaching the same conclusion that many other reviews of the Apple Watch have, this is definitely a first generation product. Once Apple release the Watch SDK later this year so that third party apps can run natively; maybe the device will be more convenient and third party apps will have more appeal in use. Hopefully in the second generation product, Apple will find a way to make notifications less intrusive, although currently you can turn notifications off for specific apps, this isn’t really the solution we’re looking for here, the watch needs to know what’s important for you to see.

Forgetting about these issues for a moment, the Apple Watch does look to be a truly exquisite device. It can offer conveniences such as a quick glance at notifications, neat customisation of the watch face to create something beautiful, and is a very good health tracker – if you’re into that kind of thing. 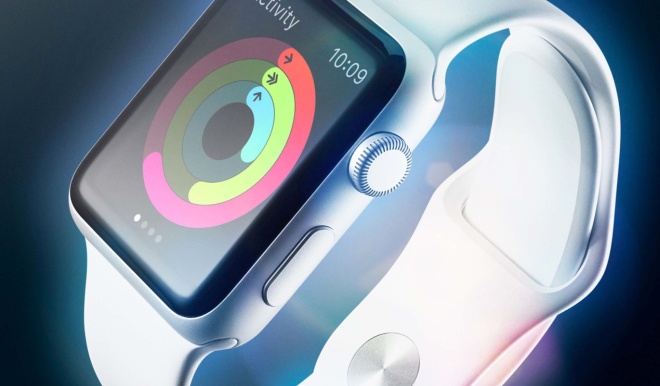 It’s the level of thought that Apple has put into some of the implementation of the watch that gives me hope for its future with the way the display switches on if you rotate your wrist towards you, the different vibrate pattern depending on the notification – which actually feels like a tap, and the gorgeous graphics and attention to detail that makes it feel like a premium product. This is something no other smartwatch has done as successfully yet. So at worst, the Apple Watch is the best smartwatch on the market, at best, it can be a little demanding for attention and slow. I’m looking forward to seeing what Apple brings to the table in 2016.

Create your website at WordPress.com
Get started
Paavan Gandhi